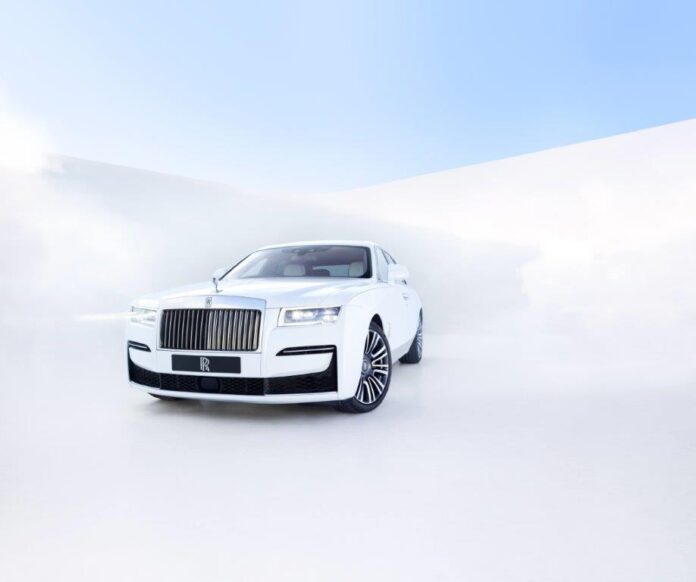 Rolls-Royce launched the all new 2021 Ghost – the most technologically advanced ghost ever built.

Built on rigid aluminium Rolls-Royce spaceframe architecture and equipped with all-wheel drive and all-wheel steering for unprecedented poise and surefootedness.

For new Ghost, engineering specialists redesigned the motor car’s suspension completely to deliver what is called the Planar Suspension System. Named after a geometric plane, which is completely flat and level, the system is the result of ten collective years of testing and development to create a sense of flight on land never before achieved by a motor car.

For new Ghost, the marque’s Bespoke Collective of designers, engineers and craftspeople created Illuminated Fascia: a world-first innovation that subtly echoes the Starlight Headliner, which has become as much a part of Rolls-Royce iconography as the Spirit of Ecstasy, Pantheon Grille and ‘Double R’ monogram.