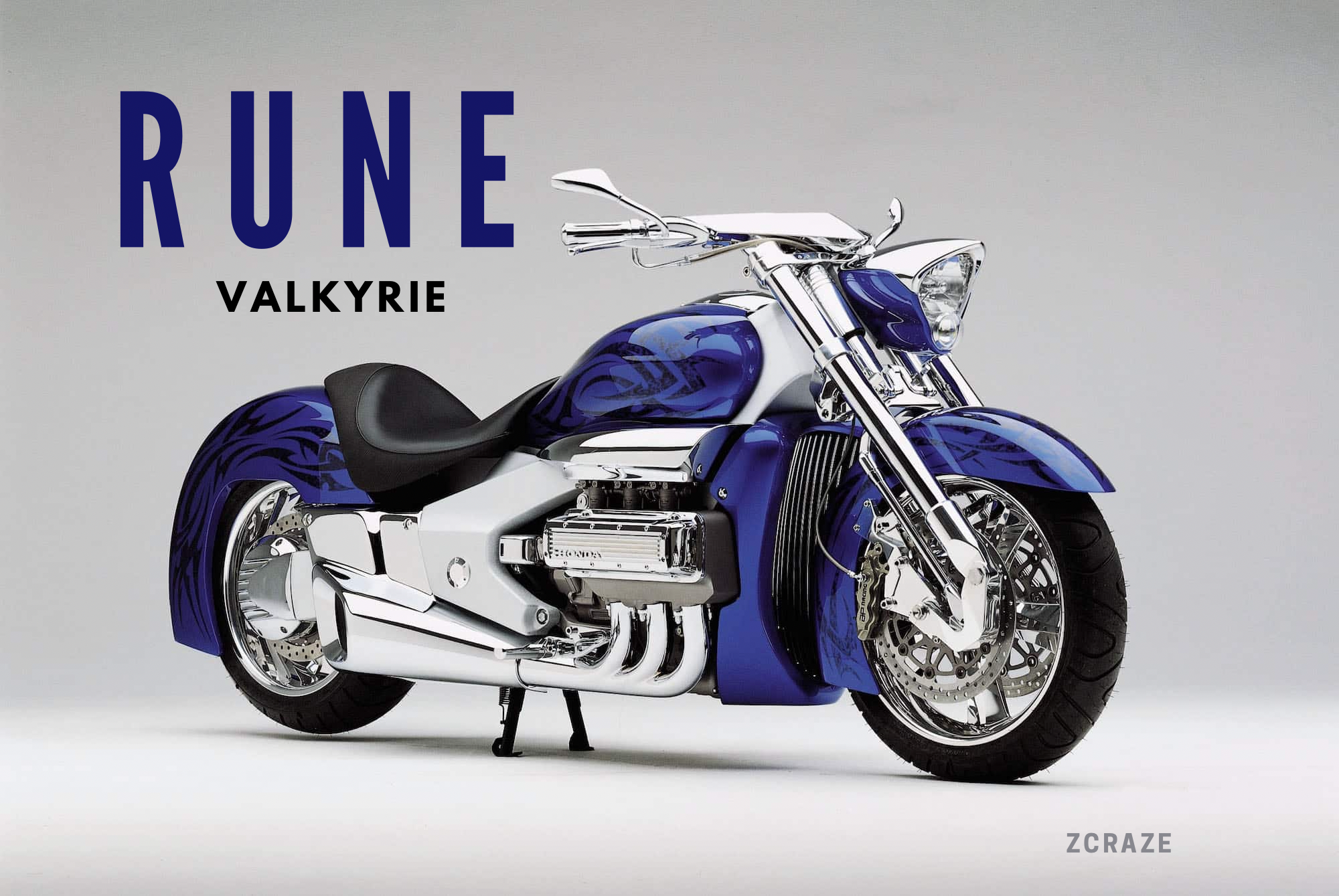 Innovations and innovative thoughts distinguish a natural leader from those attempting to catch up with them. Soichiro Honda founded Honda Motors is an exemplary leader with a clear vision and innovative ideas that have helped them to dominate the automotive industry.

Honda has produced numerous award-winning automobiles and motorcycles. The Honda Valkyrie Rune is illustrative in this regard. The inspiration for the Valkyrie Rune was the Zodia, a magnificent concept cruiser that made its debut at the 1995 Tokyo Motor Show.

The beautiful 1832cc flat-six Valkyrie Rune super cruiser was released as a limited edition model in 2003 and revived as a 2014 model in November 2013. This masterpiece by Honda has set a new standard for cruiser design.

The conceptual forces driving the Rune’s shape and face were pure fantasy, a designer’s dream come true. Honda’s R&D team was unrestricted by budget or engineering constraints, allowing them to push the Rune past conventional boundaries and into uncharted territory.

The outcome is sheer mechanical wizardry. The longest wheelbase in Honda’s history, at 68.9 inches, is supported by a beautiful and durable diamond-shaped aluminum chassis. Honda’s Combined Brake System integrates the largest disc brakes seen on a production Honda motorbike – dual 330mm discs up front and a 336mm unit at the rear – which are located at both ends. The unique suspension system of the Rune consists of a trailing bottom-link fork up front and a single-shock Unit Pro-Link rear system that debuted in the MotoGP races.

This unique chassis encases a powerful 1832cc six-cylinder engine that has been hot-rodded for demanding road use, and is rigidly mounted to assist convey a direct mechanical feel and complement the Rune’s robust handling. With an exquisitely seamless 6.2-gallon gasoline tank, an ultra-low seat, a choice between two handlebar configurations, flush-mounted LED taillights, and a remote steering lock that unlocks instantly when the key is turned on, you know you’re in possession of something truly remarkable.

This jumbo cruiser is sure to turn heads everywhere it goes because to its striking appearance. Everything is enormous, and nothing is the same.