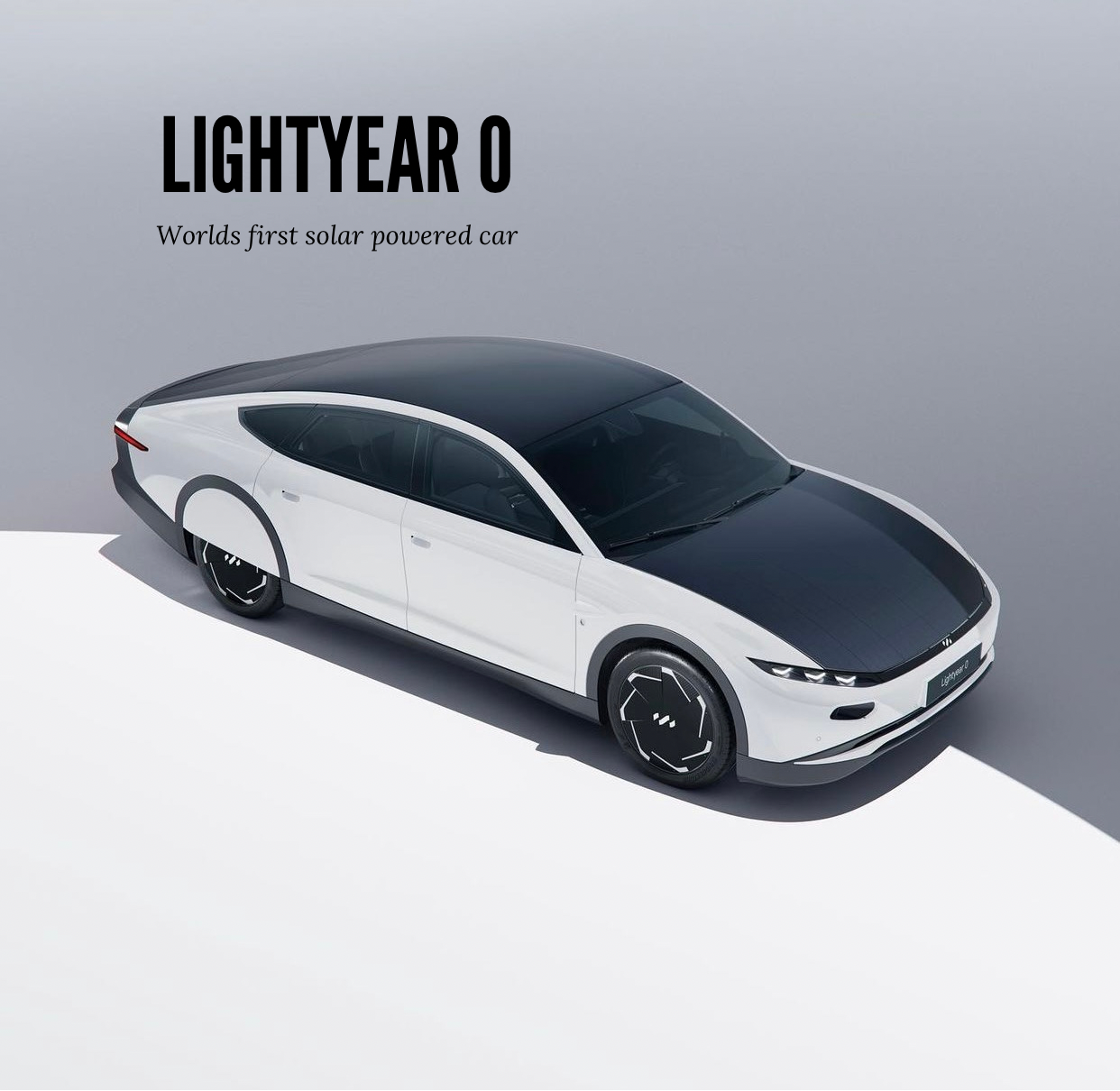 Imagine being able to go anywhere in an electric car without having to charge it for months. It may seem ridiculous, but Light Year 0 is an electric automobile that runs on solar power and can be charged on the move.

The revolutionary electric vehicle is the world’s first solar-powered vehicle with a 1000-kilometer range between charges. Lightyear 0 is equipped with five square meters of unique, double-curved solar panels, allowing it to charge itself while driving or merely parked outside.

Lightyear 0 can power itself with 70 kilometers of range every day in ideal conditions, on top of its estimated 625 kilometers WLTP range. Drivers who use Lightyear 0 for their daily commute (35 kilometers) can drive for months in the summer before needing to plug into a public charger or household outlet; in regions like the Netherlands, it might be two months, while in Spain or Portugal, it could be up to seven months.

Lightyear 0 powered by four in-wheel motors with an average energy consumption of 10.5 kWh per 100 kilometers (at 110km/h) is the most efficient electric vehicle. Aerodynamic design with a drag coefficient below 0.19 and the vehicle’s modest weight help in boosting the efficiency.

Interior features a minimalist design with a stylish dashboard and a 10.1”  touchscreen infotainment system providing vital cloud based information. Lightyear 0 contributes to sustainability by the use of naturally-sourced materials such as ecological microfiber suede seats and rattan palm detailing.

“In 2016, we only had an idea; three years later, we had a prototype. Now, after six years of testing, iterating, (re)designing, and countless obstacles, Lightyear 0 is proof that the impossible is actually possible.” says Lightyear’s Co-Founder and CEO Lex Hoefsloot.