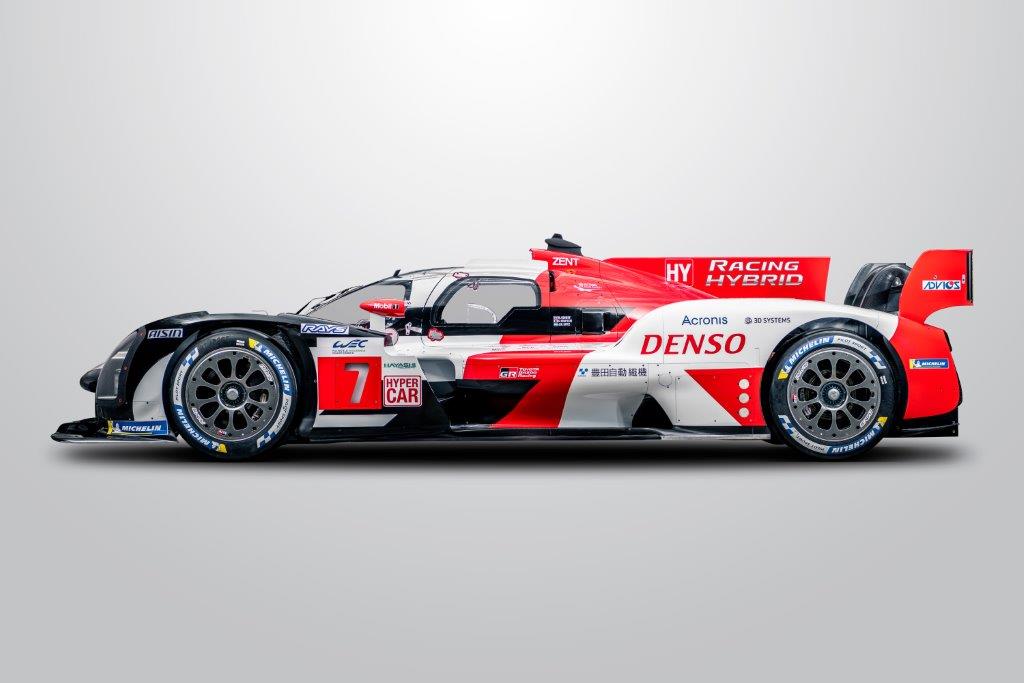 The GR010 HYBRID features a powerful four-wheel drive racing hybrid powertrain, with a 3.5litre V6 twin turbo engine, providing 680PS to the rear wheels and combining with a 272PS motor generator unit, developed by AISIN AW and DENSO, on the front axle.

The GR Super Sport hypercar which made its public debut during a demonstration run and ceremonial trophy return at the 2020 Le Mans 24 Hours and is currently in development. A new livery with the iconic GR lettering is also featured.

As part of a cost-cutting initiative incorporated in the regulations, the new GR010 HYBRID is 162kg heavier and with 32% less power than its TS050 HYBRID predecessor, with Le Mans lap times expected to be around 10secs slower. It also has bigger dimensions; it is 250mm longer, 100mm wider and 100mm higher.