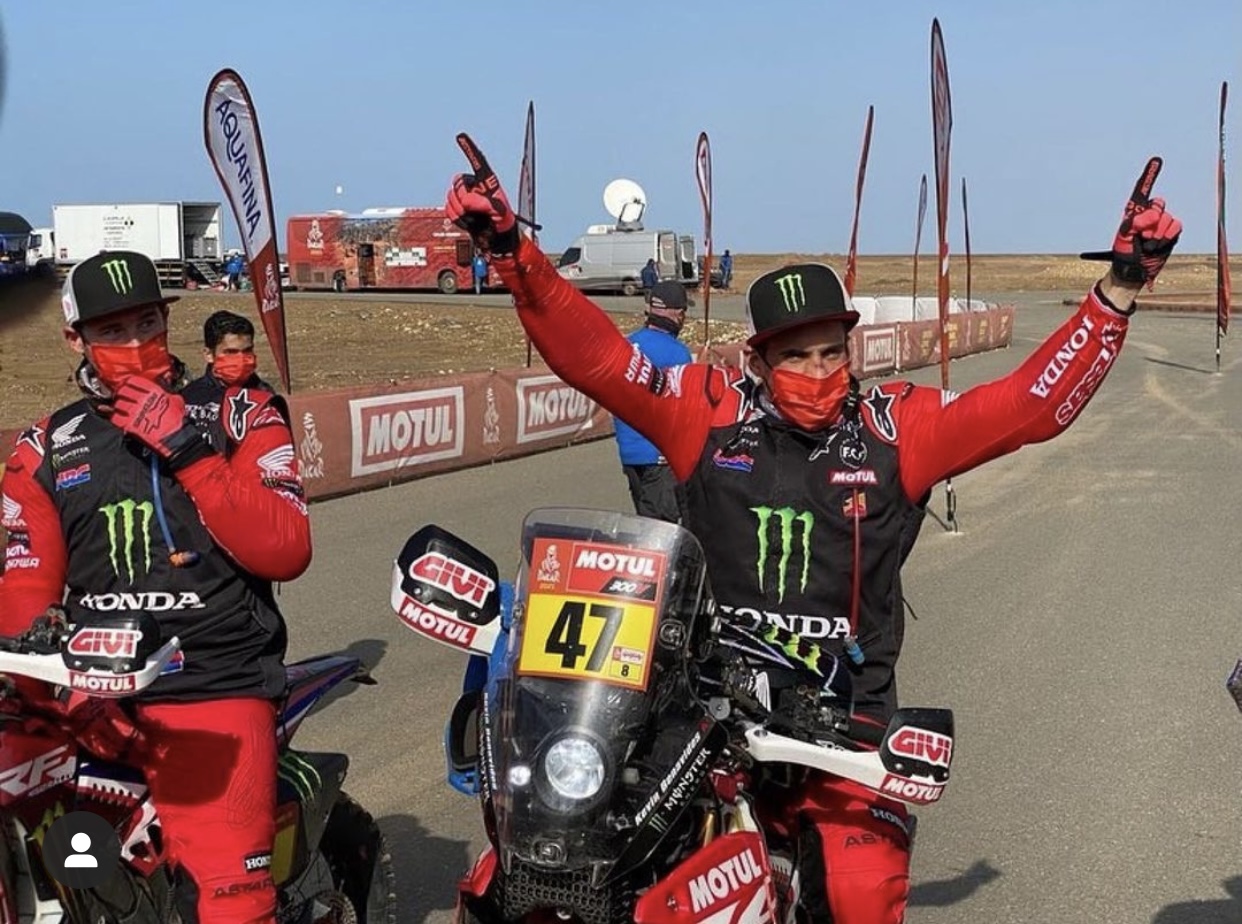 Monster Energy Honda Team has won 10 stages of the rally and lead nine of the thirteen days of racing. The last time Honda managed a one-two in the Dakar Rally was back in 1987 at the hands of Cyril Neveu and Edi Orioli.