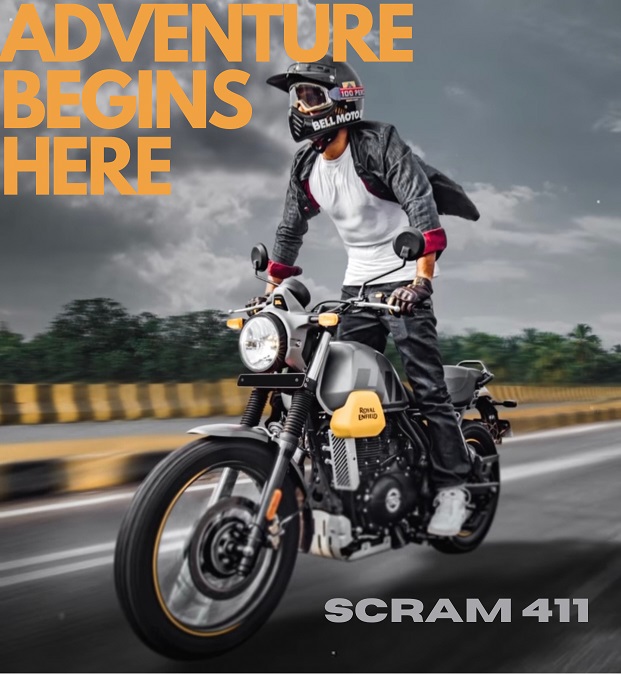 The Scram 411, based on Royal Enfield’s popular ADV, the Himalayan, is about to be released. As the name implies, the new motorcycle will most likely be a Scrambler. Scram 411 will be powered by a 411cc single-cylinder air/oil-cooled engine producing 24.6 horsepower and 32 Nm of torque and linked to a 5-speed transmission that is BS6 compatible.

Spy photos of the new motorcycle have been circulating on the internet, indicating that the Scram 411 will include a gasoline tank similar to the RE Himalayan, redesigned side panels, and a single seat rather than the Himalayan’s split seat.