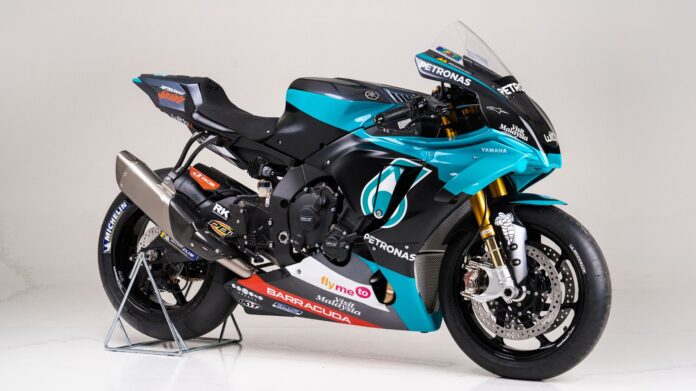 Commissioned by YART, supported by Yamaha Motor Europe and PETRONAS Yamaha Sepang Racing Team, the YART-engineered replica R1 comes with an array of high-performance upgrades to bring it closer to the specification of the Yamaha MotoGP bike on which it is based.

In commemoration of the 46th anniversary of the team’s title sponsor, PETRONAS, 46 PETRONAS Yamaha SRT replicas will be built, each with their own unique identification number engraved on the CNC machined top yoke.

Alongside the replica bike itself, each customer will receive an exclusive package comprising a KYT Helmet, a PETRONAS Yamaha SRT polo shirt and the future opportunity for a VIP guest pass for the MotoGP round of their choice.