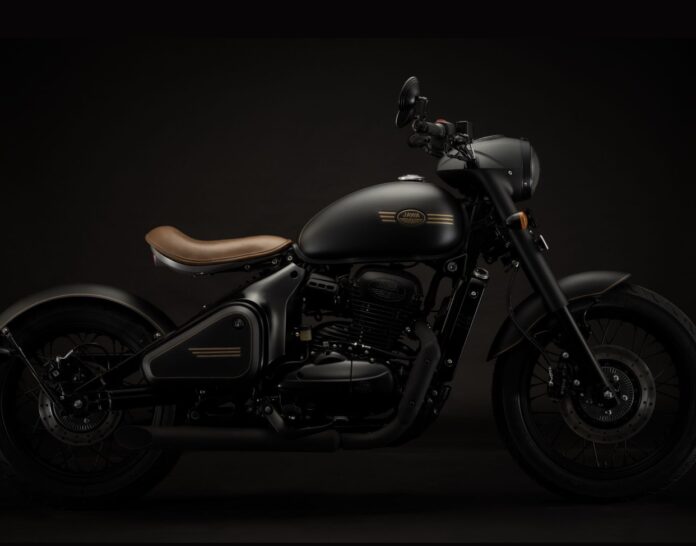 The Perak motorcycle traces back to war-torn Europe when Czechoslovakia, home of the Jawa motorcycle, was under Nazi occupation. Jawa was brought to a stark halt, as their factories were taken over by the SS and used to keep Nazi military vehicles running and well serviced.

The group of Jawa engineers worked tirelessly to develop a new motorcycle, perfecting the art of deceit and quietly defying the Gestapo.

The Jawa team’s persistence and courage was rewarded. When the war was declared over and the smoke finally cleared, the new bike – called the Perak – was ready. The Perak is lauded as a historical marvel and set the stage for Jawa’s success in post-war Europe.

The new Jawa Perak has a low-slung and floating single seat with integrated taillight, teardrop fuel tank and a low-set and wide handlebar. The pillion seat is optional on the motorcycle.

Perak is powered by a 334 cc single-cylinder, DOHC liquid-cooled motor that churns out 30 bhp and 31 Nm of peak torque. The motor is paired with a 6-speed gearbox.