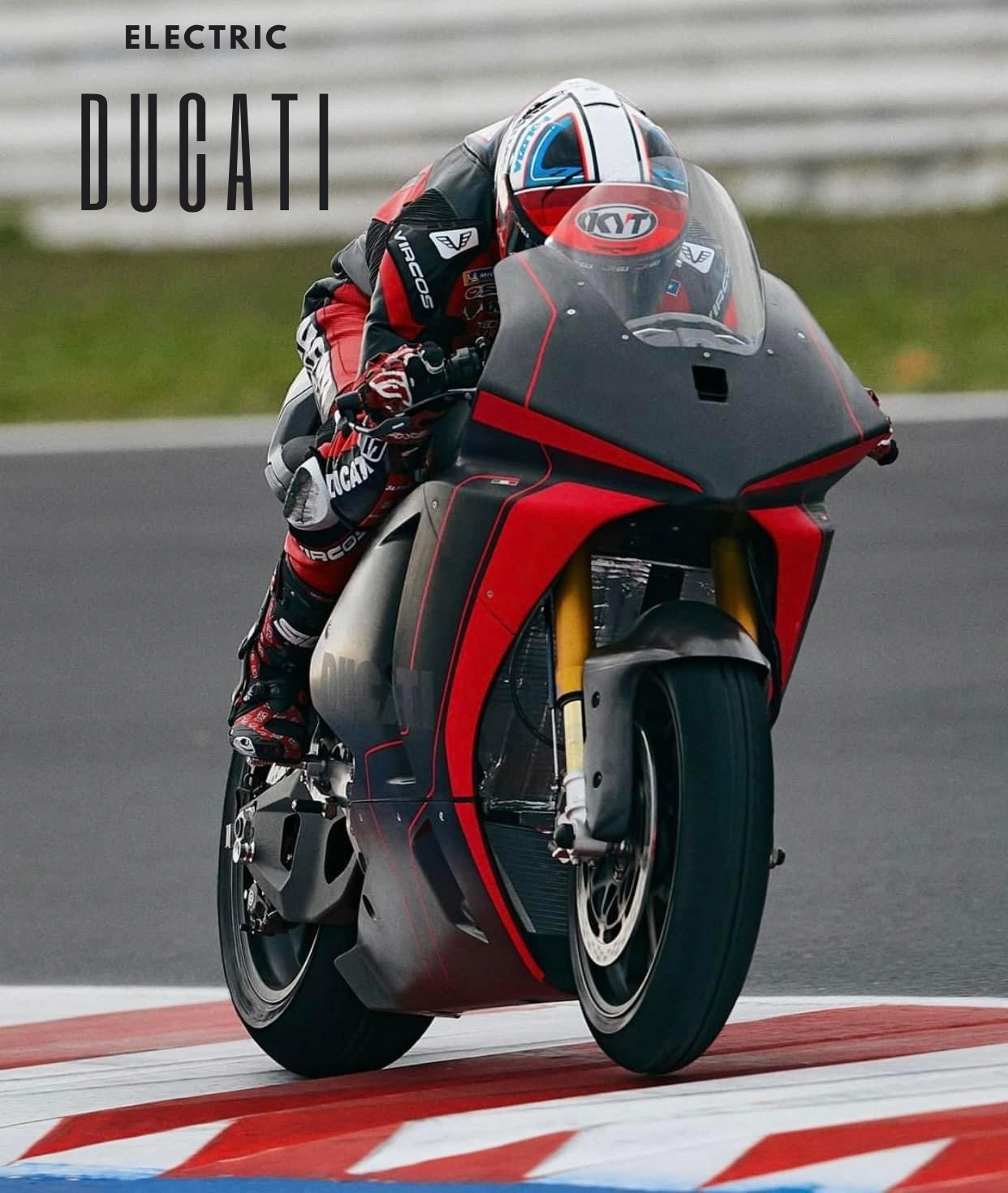 Ducati tested its MotoE Superbike at the Misano World Circuit Marco Simoncelli where they signed the agreement with Dorna Sports for supplying motorcycles for the FIM Enel MotoE World Cup, the electric class of the MotoGP World Championship from 2023.

The prototype was tested on track by Michele Pirro, professional rider and Ducati test rider since 2013. “Testing the MotoE prototype on the circuit was a great thrill, because it marks the beginning of an important chapter in Ducati history”, Michele Pirro said.

“The bike is light and already has a good balance”.

“Furthermore, the throttle connection in the first opening phase and the ergonomics are very similar to those of a MotoGP bike. If it weren’t for the silence and for the fact that in this test, we decided to limit the power output to just 70% of performance, I could easily have imagined that I was riding my bike.”