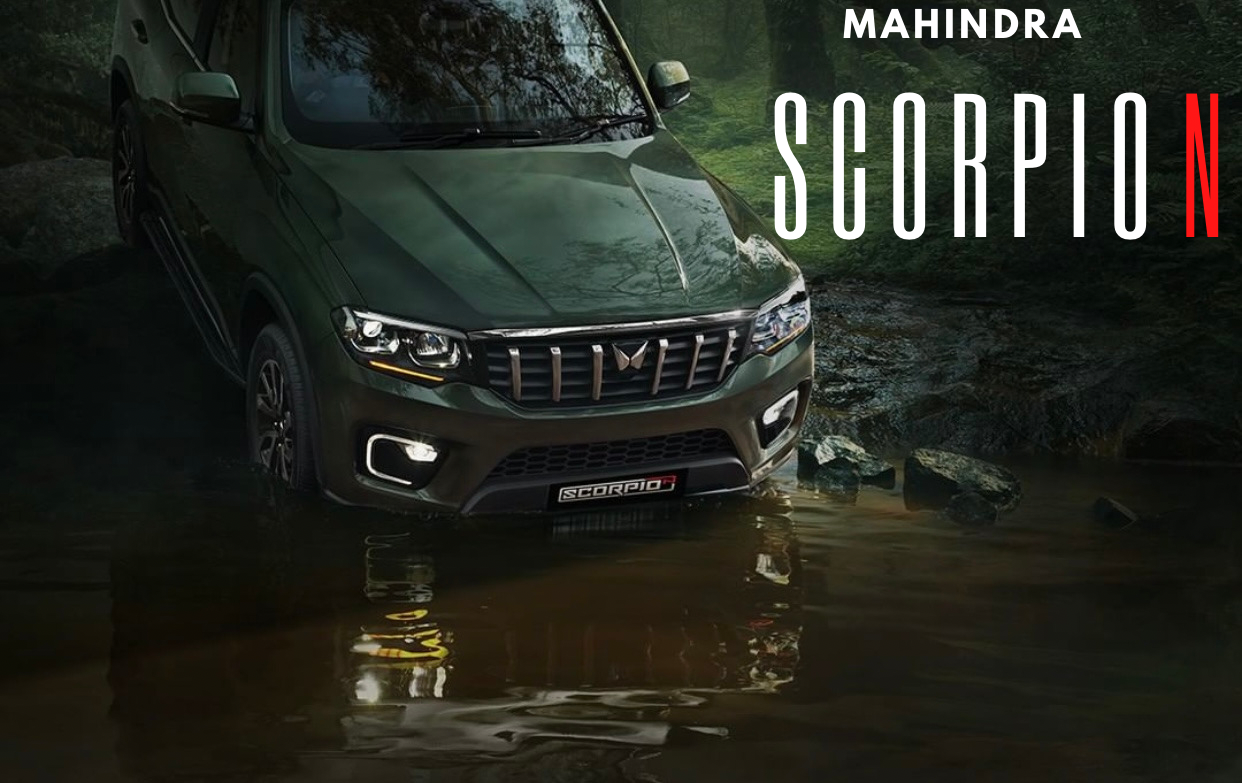 All-new Mahindra Scorpio N is scheduled to launch on June 27.

The redesigned Scorpio SUV from Mahindra will be unveiled next month. Mahindra has already released teaser photographs of the new SUV, which show how it would look from the outside.

Media reports suggests both petrol as well as Diesel powertrains are available. One option is a 2.0-liter turbocharged petrol engine rated at 170 PS, which also powers Mahindra’s other vehicles, the XUV 700 and Thar. 2.2-liter turbo Diesel engine generates 130 PS for lower variants and 160 PS top spec variants. Both engines are available with either a 6-speed manual or a 6-speed torque converter automatic transmission.

The body-on-frame SUV, which has been a popular choice among Indian off-road enthusiasts since its introduction in 2002, now features a sharper look with a new grille, LED projector headlights, and an electric sunroof, among other features.

The previous generation Scorpio, which is powered by a 2.2-liter diesel engine, will also be available in the market as the Scorpio Classic.