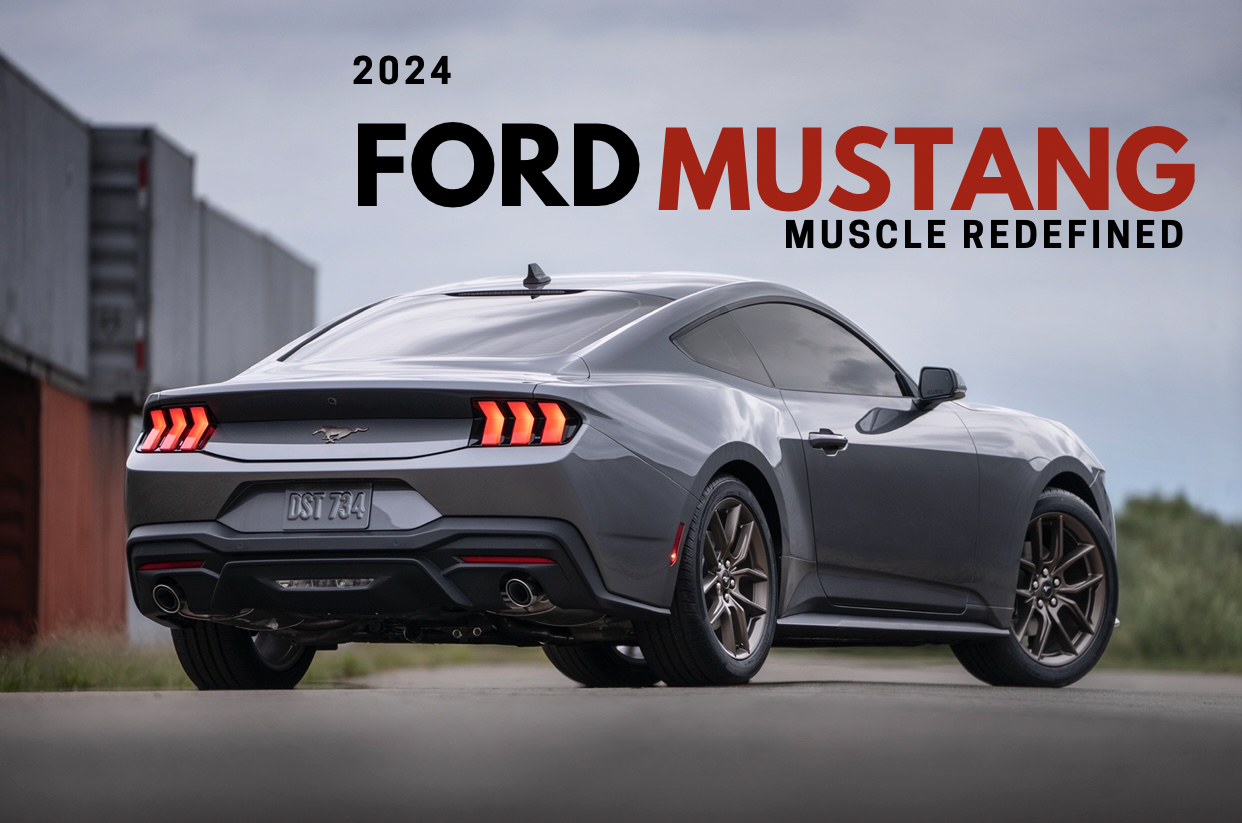 The seventh generation, according to Ford’s press statement, is the most thrilling and visceral yet thanks to its fighter jet-inspired digital cockpit, new cutting-edge turbocharged and naturally aspirated engines, and its more aggressive yet classic external styling.

The seventh generation’s design, which aims to appeal to the largest Mustang customer attitude yet, incorporates contemporary chiseled looks into its heritage-inspired framework. Ford’s brand-new 2024 Mustang is available in GT and EcoBoost grades.

The broader, more aggressive grille apertures on the GT set it apart from EcoBoost variants by reflecting the enhanced power and performance by allowing for more airflow. With the addition of additional hood vents and a reworked front splitter, the car’s aerodynamics are significantly improved.

“Both the EcoBoost and Mustang GT have unique styling cues that deliver on their promise of Mustang Performance,” said Christopher Walter, Ford Mustang design manager.

The all-new Mustang has attractive exterior styling that is underpinned by strong engine choices. An upgraded, 5.0-liter Coyote V8 engine powers the Mustang GT. Thanks to an inventive dual air intake box and dual-throttle body design that helps decrease induction loss by permitting higher air flow rates, the fourth-generation 5.0-liter is expected to produce the highest naturally aspirated horsepower of any Mustang GT. For those who want to feel the true excitement of the V8, GT provides both an innovative 10-speed automatic transmission and an optional six-speed manual transmission.

The four-cylinder, 2.3-liter turbocharged engine in the fuel-efficient EcoBoost model is brand-new, and it is mated to a 10-speed automatic transmission. The new Mustang offers a variety of drive modes, including Normal, Sport, Slippery, Drag, and Track, as well as a configurable configuration with up to six different profiles, adapted to the driver’s perspective in front of them.

For both GT and EcoBoost models, an optional performance pack is available that adds a variety of features like a front Tower Brace, an optional MagneRide active suspension, a Torsen Limited Slip differential, wider rear wheels and tires, and larger, 355-millimeter front and 390-millimeter rear Brembo brakes. Other features of the performance kit include Recaro seats and an active exhaust. For even better cooling, the GT Performance Pack includes brake ducts in addition to the normal auxiliary engine oil cooler.

An immersive new experience has completely altered the interior of the New Mustang. A flat-bottomed steering wheel and two adjustable flowing and curved screens make up the cockpit. The current configuration of the vehicle is shown as real-time graphical renderings on the center stack when selecting customized drive mode settings. In true gamified fashion, settings can be changed by merely swiping the image of the car. Black seat belts are standard on standard models of cloth seats with an optional Micro Suede vinyl insert, while the instrument panel and door trim are wrapped and accent stitched on premium models.

The brand-new Mustang is anticipated to go on sale in the final quarter of 2023. 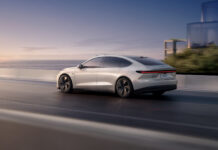