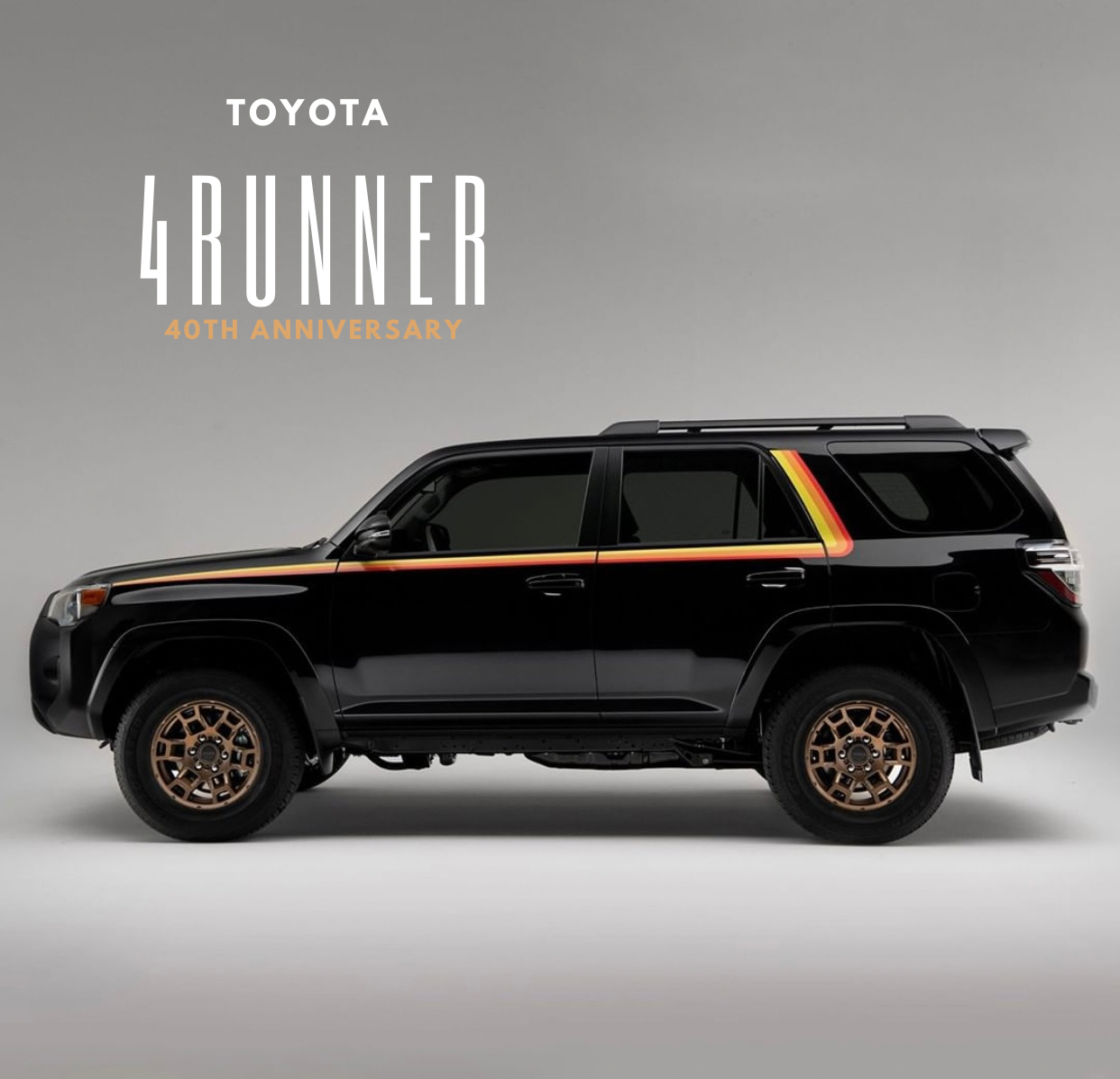 The go any where SUV from Toyota was an instant hit when Toyota launched it in 1984 as a compact SUV based on the pick-up. Since then over four million 4Runners have been sold and the off-road powerhouse is still going strong as a modern terrain tamer with impressive sales figures. Toyota has decided to roll out a 40th Anniversary Special Edition variant to celebrate the marque’s 40-year run.

Special Edition is powered by the same 4.0 liter  V6 generating 270 hp and 278 lb-ft of torque paired with a 5-speed transmission. Equipped with limited-slip differential 4Runner has a towing capacity of 5,000 pounds. Integrated tow-hitch receiver and wiring harness come standard.