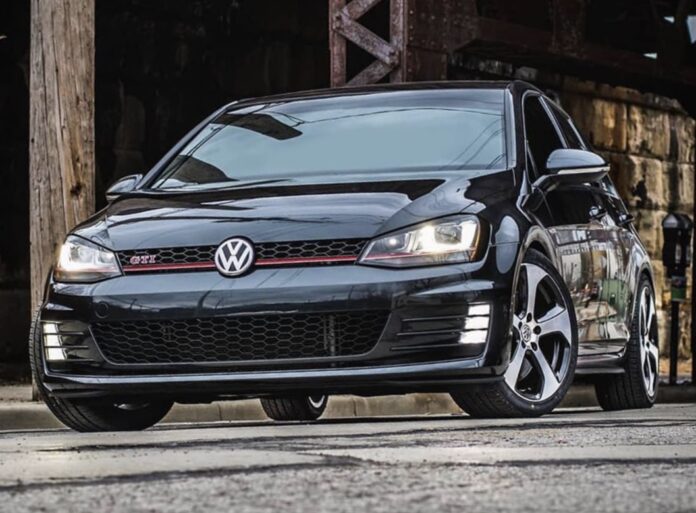 The 2020 Golf GTI is available in three trims—S, SE, and Autobahn. In a modest value realignment, Front Assist, Blind Spot Monitor, and Rear Traffic Alert are now standard equipment on all models. GTI models also receive standard in-car Wi-Fi capability when you subscribe to a data plan, and the next generation Car-Net infotainment system.

Golf GTI is powered by a compact turbocharged engine. The 2.0-liter TSI turbocharged and direct-injection unit that powers the Golf GTI is a member of the latest, third-generation EA888 engine family.

The EA888 engine produces 228 horsepower at 4,700 rpm, and torque peaks at 258 lb-ft, beginning at just 1,500 rpm and lasting until 4,500 rpm. It can be paired with either a six-speed manual transmission or an optional seven-speed DSG automatic transmission with Tiptronic, the most advanced such unit Volkswagen offers. The DSG transmission incorporates a Start-Stop System designed to save fuel, as well as a launch control feature.

EPA-estimated fuel economy for Golf GTI models, whether equipped with the six-speed manual or the optional eight-speed automatic is 24 mpg in the city, 32 mpg on the highway, and 27 mpg in combined driving.

The shape and design elements remain as defined as ever, with a distinctive C-pillar, roofline framing, and classic Golf GTI side windows, but the striking new front end and steeply sloped hood leave no doubt this is different from previous generations.

The large, mature cabin has an emphasis on comfort and a substantial features list. There is 93.5 cu-ft of interior room, along with 16.5 cu-ft of luggage space.