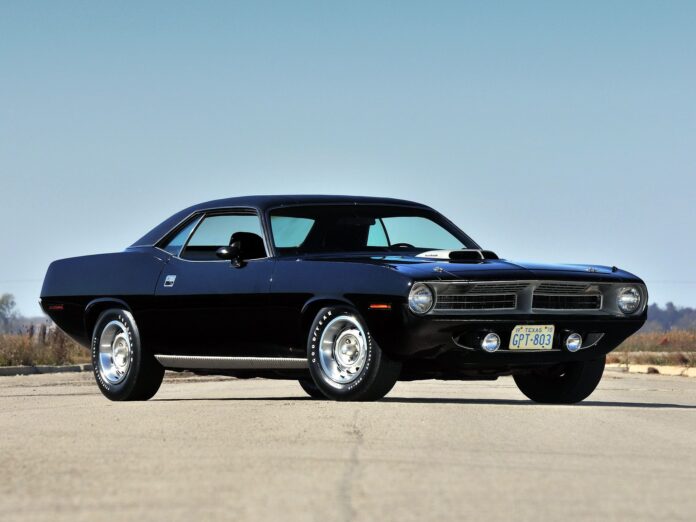 No muscle car was meaner than the 1970 Plymouth Hemi ‘Cuda. They are among today’s most valuable collector muscle cars.

The Barracuda rode a two-inch shorter wheelbase than the Challenger, though its body dimensions were the same. The ‘Cuda’s standard hood had phony intakes, but the functional shaker scoop was included with the Hemi and was a $97 option on other ‘Cudas. Mopar gave the Hemi hydraulic lifters for ’70, so it was easier to maintain and, according to some testers, had improved low-rpm power.