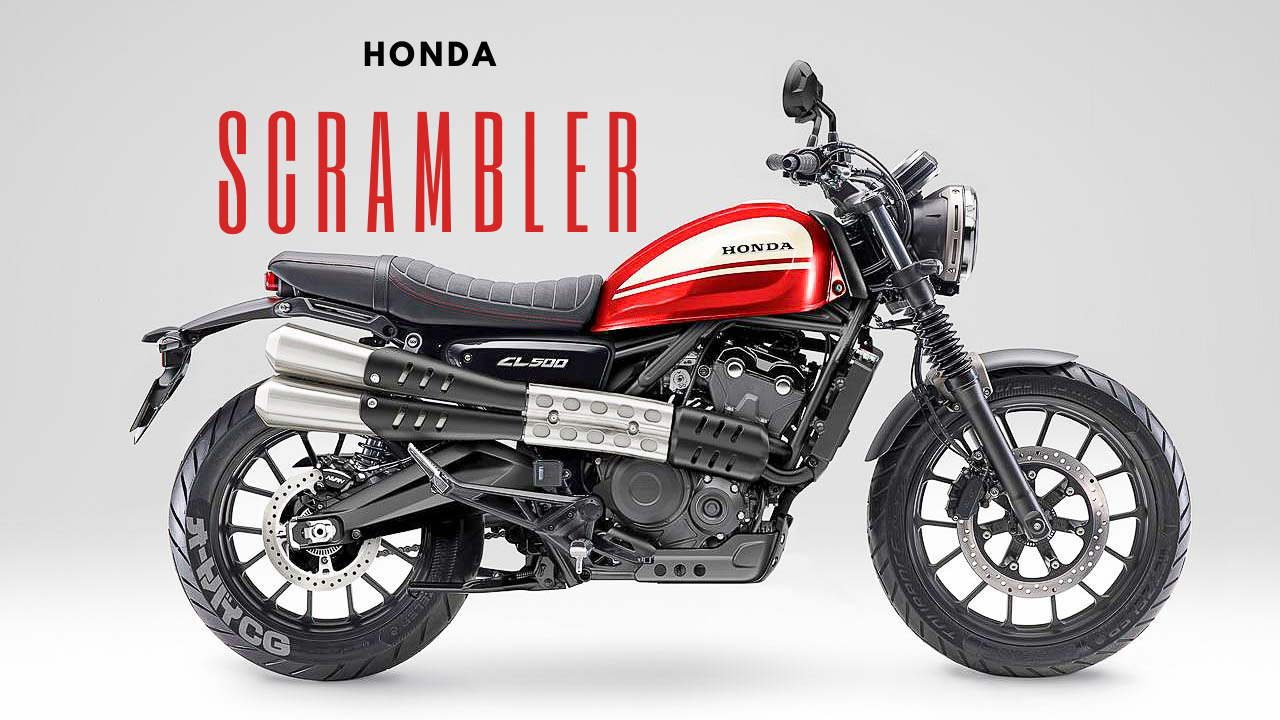 Patent filings confirm that Japanese giant Honda Powersports is bringing back the CL name plate in the form of Scrambler motorcycle.

Patent documents filed in Thailand suggest that Honda has been working on at least two new variants of scramblers, a 300cc one and a bigger 500cc motorcycle based on Rebel 300 and 500 respectively. As per rumours Honda may go for a smaller 250cc Scrambler as well m, based on Rebel 250 popular in South East Asia.

New Scramblers takes styling cues from ever popular CL series motorcycles while using the powerplant and transmission from Rebels. Signature features of CL series include dual under seat exhaust, round headlight, wide handlebars and flat seat.