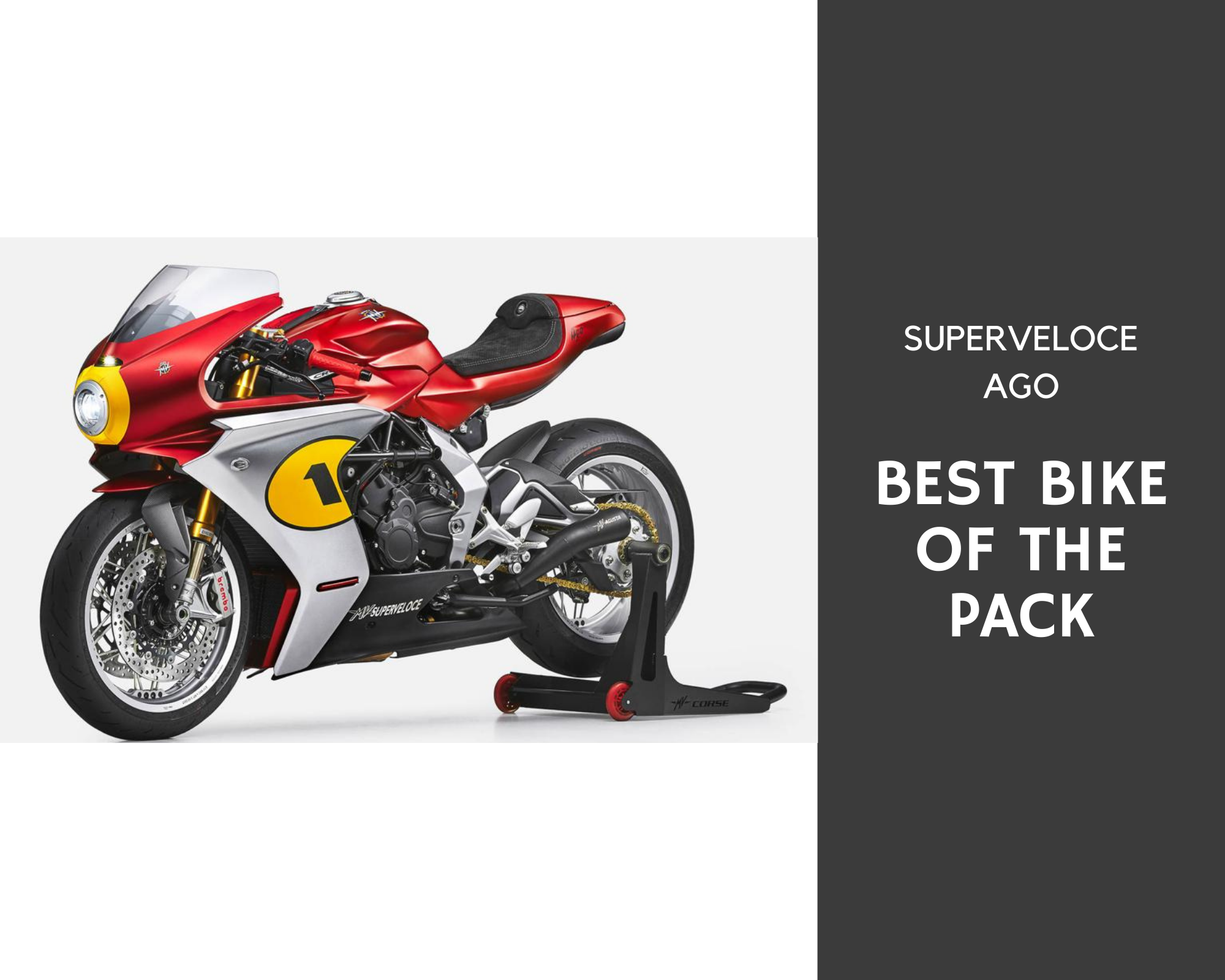 MV Agusta’s limited edition Superveloce Ago was chosen the most attractive motorcycle at the EICMA 2021 show. Superveloce Ago was up against the likes of the Aprilia Tuareg, Moto Morini X-Cape, and Honda NT1000 in the Motociclismo magazine/Garmin challenge.

With 47.2% of the total votes, Superveloce Ago won the contest, followed by Apriia Tuareg 660 with 19.8% and Moto Morini X-Cape with 7.9%. “The title of “best bike of show” is even more acknowledgment for MV Agusta’s tireless efforts in the creation of new goods. Taking home the trophy for the sixth time in a row brings us immense joy. Agusta CEO Timur Sardarov has dedicated the award to the company’s employees, “who put enormous passion into their work every day,” he said.

MV Agusta launched the special edition Superveloce Ago retro sportsbike to honour the racing successes of ex-factory racer Giacomo Agostini.The 798 cc three-cylinder engine retains all of its technical characteristics, particularly its remarkable supersport capabilities. With a bore and stroke of 79 mm x 54,3 mm, 147 horsepower at 13,000 rpm, and a peak torque of 88 Nm (8.98 kgm) at 10,100 rpm.

There are only three colors needed for the Superveloce Ago. While Matte Fire Red, Matte SV Ago Magnum Silver, and Matte Ago Yellow accents stand out, they are reminiscent of the front fork’s bold, recognizable gold color. With just 311 being produced, each bike represents one of Ago’s many victories in the racing world. The Superveloce AGO will be produced in a limited series of 311 units, one for each of Agostini’s career wins, with the first 15 dedicated to his World Championships titles, a record still unbeaten.