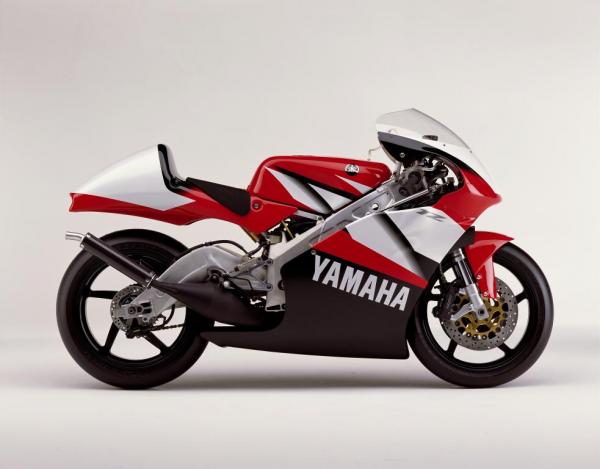 The TZ250 production road racer, powered by a 2-stroke, 250cc liquid-cooled engine, has been used and appreciated all over the world since its introduction in 1973.

It began using a 90° V-twin engine in 1991 and proceeded to evolve using technology from the YZR250 factory machines. Its manufacture stopped with the 2009 model (on display) due to changes in machine requirements for the World Championships and other race categories, bringing an end to its long existence.

This model was the replacement for the 250cc TD-3, which was dubbed the “World’s most competitive production racer.” To improve performance stability and power unit durability, liquid cooling was added to the 2-stroke piston intake valve, in-line 2-cylinder engine, and for the first time, a dry sump clutch was used.

It was introduced in mid-1973 with the larger displacement TZ350 and eventually became the primary machine for privateers competing in the World Grand Prix. It was the forerunner of the TZ series’s lengthy career.