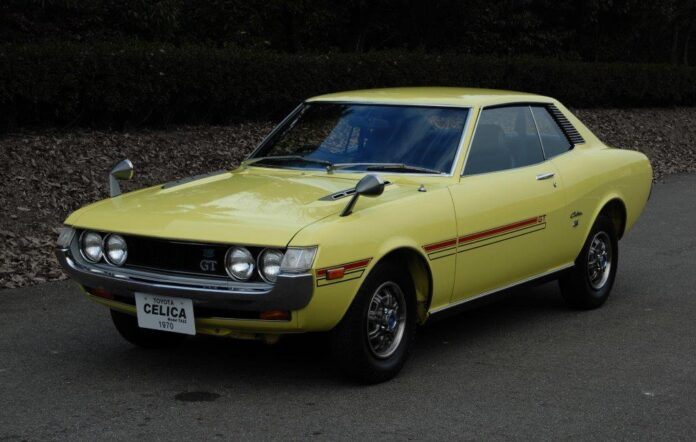 The Toyota Celica’s history can be traced back to the first year of the decade, launching as a two-plus-two coupé derivative of the new Carina in December 1970 – a Liftback model followed from April ’73 – and it was evident that Celica’s styling was influenced by its American counterparts.

The quality and consistency of its manufacturing were of particular note, becoming the first Japanese car to use state-of-the-art robotic assembly to elevate it above its contemporaries. And Toyota’s aim for Celica to become a global sales success were clearly indicated by the fact it was one of the first Japanese cars to comfortably accommodate people with six-foot frames.

For the domestic Japanese market, Celica was available with a range of engines from Toyota T-series family, ranging in capacity from 1.4 to 1.6 litres. Breathing through twin Solex carburettors, the twin-cam 2T-G was the most powerful in the range, producing 115bhp.

Overseas, Toyota used the Corona’s familiar 1.9-litre engine for US-spec Celicas, and European cars were fitted with two middle-ground 1.6-litre T-series engines. Later in the car’s life, the worldwide engine line up expanded to include 2.0- and 2.2-litre R-series engines, with the top 18R-G version offering up to 145bhp. That renge-topping model remains a highlight in Celica’s history for classic Toyota enthusiasts.

A GTV model with sports suspension, built solely for the Japanese market, made further improvements, reinforcing a growing reputation for sporting prowess after a number of race victories in domestic motorsport.

On the other side of the world, Celica’s early efforts in European rallying led directly to the formation of Toyota Team Europe (TTE), and numerous British Touring Car Championship successes by the Samuri-prepared cars kept UK sales bubbling.