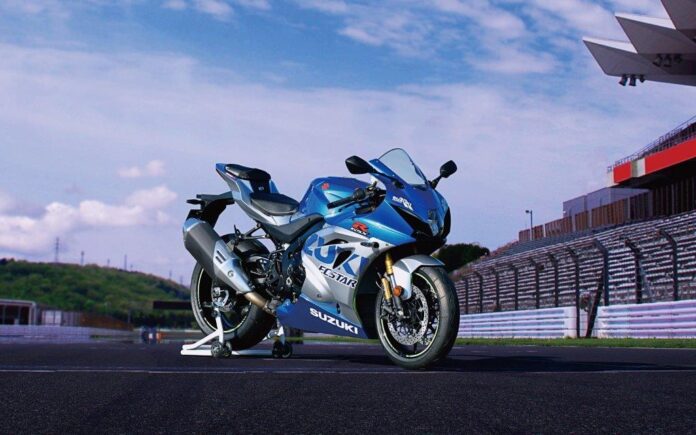 The flagship superbike sports the same retro-inspired livery as the GSX-RR MotoGP machine, with the traditional blue and slate silver colour scheme paying homage to Suzuki’s early Grand Prix machines of the 1960s.

The GSX-R1000R – which has won races and championships in the UK, the USA, and Australia, plus the Senior TT on the Isle of Man following its launch – also shares more than just paint with the GP racer, and utilises the same variable valve timing system to boost both torque and peak power.

It also gets a comprehensive suite of electronics, which includes 10 traction control modes, a quickshifter and auto-blipper, launch control, and lean angle-sensitive ABS.