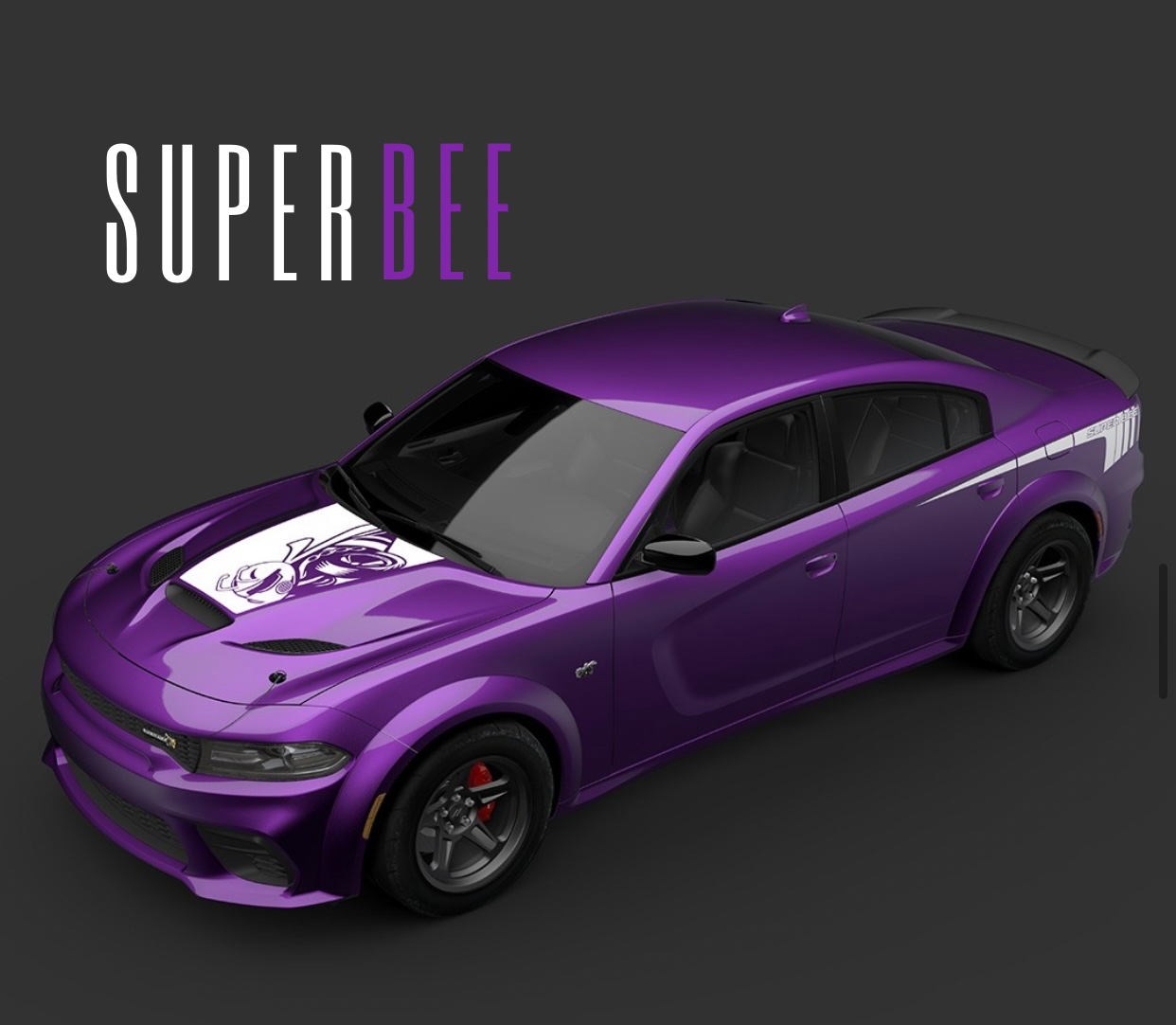 Dodge Super Bee is a muscle car manufactured by Dodge during the 60’s and 70’s.

The original Dodge Super Bee debuted in 1968 based on the Dodge Coronet was powered by a 335 hp Magnum engine and a 425 hp Hemi engine.
The 2023 Dodge Charger Super Bee is the second of seven limited-edition “Last Call” vehicles that memorialize a car that helped establish the brand as a popular one. Dodge is continuing to bring out its “Last Call” portfolio.

In its short initial four-year run, the Dodge Super Bee, which was first introduced in 1968 and became a Charger model for 1971, amassed legendary status by providing customers with an ultra-high performance car that could be used both as a daily driver and a weekend warrior at the track or drag strip. With the highest performance Charger Super Bee model ever made, standard drag radials that enable the Super Bee soar to outgun rivals, and exclusive Super Bee badging and graphics that dress up the muscle, the 2023 Dodge Charger Super Bee intends to carry on that tradition.

“The Dodge Super Bee is more than commemorative of a cool heritage name — it is also a Charger variant of the Challenger 1320 grassroots race package,” said Tim Kuniskis, Dodge brand chief executive officer – Stellantis. “The special-edition 2023 Dodge Charger Super Bee once again offers a Dodge vehicle that is equally at home on the street or on the drag strip.”

The special-edition 2023 Dodge Charger Super Bee includes a variety of unique features, including: